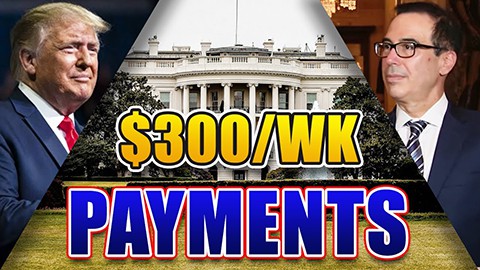 As of 8-28-20, only 6 states are paying out $300/week unemployment benefit so far as per the lost wages assistance (LWA) program set up by the President’s executive order. Most Americans have to wait several more weeks to receive the aid.

Nearly three weeks after President Trump signed an executive order to boost unemployment aid, only six states are paying out the $300 federal supplement.

Arizona, Louisiana, Missouri, Montana, Tennessee, and Texas are paying out the federal benefits, and 32 states have been approved so far.

“I think states are really, really making sure they’re implementing this within the four corners of the law, and I don’t blame them,” said Michele Evermore, an unemployment expert.

As of 8-27-20, the Federal Emergency Management Agency (FEMA) approved grants for 35 states, including West Virginia, Vermont, Kentucky and Montana. All four states committed to making the 25 percent contribution so unemployed residents could get a $400 boost.