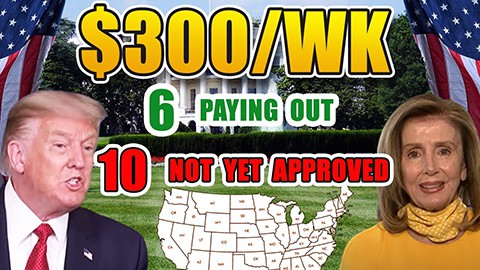 10 states still not approved for extra $300 in weekly unemployment benefits. At least six states have begun paying the supplement.

Arizona, Louisiana, Missouri, Montana, Tennessee and Texas are the first states to start processing and paying out the subsidy.

States must apply for and receive federal approval to pay the lost wages assistance.

To date, 40 states have received approval. Florida, Hawaii and Minnesota, were the latest to get approval, over the weekend.

Arizona, Louisiana, Missouri, Montana, Tennessee and Texas are the first states to disburse the aid. Montana is paying $400 a week, while the others are paying $300.