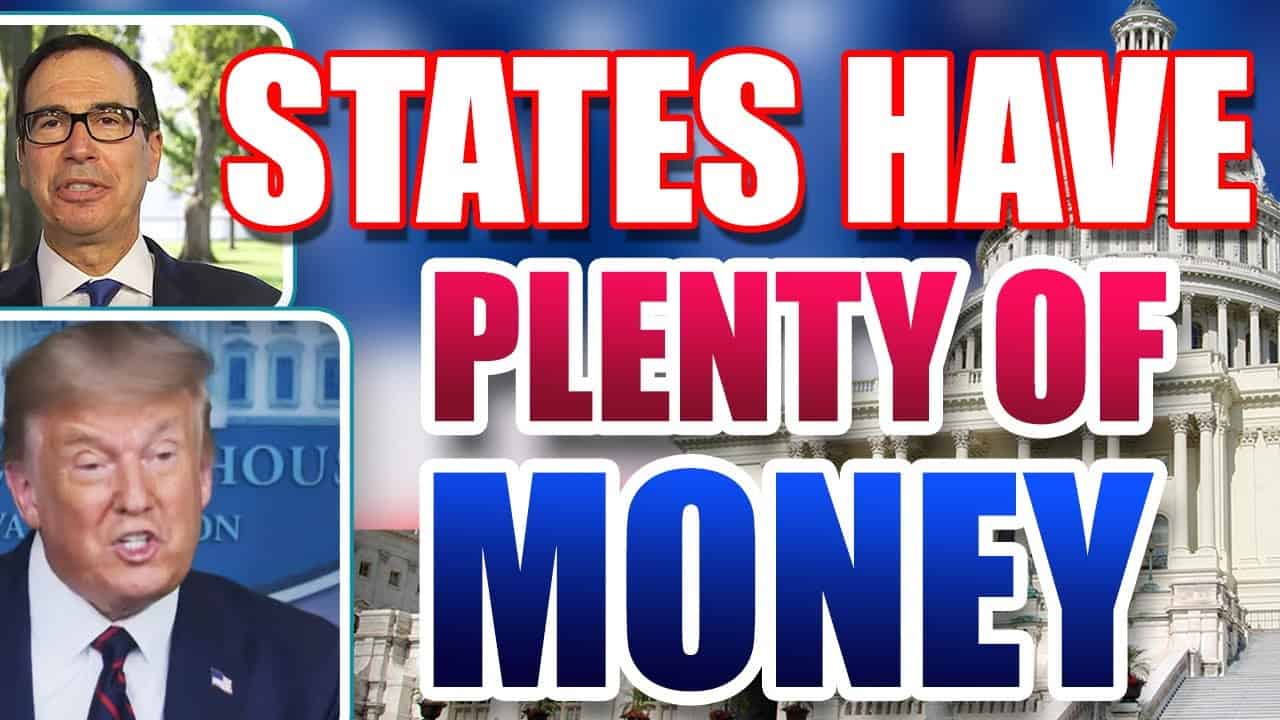 In this video, Dr. Chhoda identifies key takeaways from today’s phone interview between anchors at CNBC and US Treasury Secretary Steven Mnuchin.

KEY COMMENTS FROM SECRETARY MNUCHIN – PRESIDENT HAS THE ABILITY TO WAIVE STATE RESPONSIBILITY ENTIRELY, WILL NOT COST STATES A DIME

The 25% isn’t really coming from the states because we’re authorizing them to use money out of the $150 billion we just sent them. So in essence, all 100% is coming from the federal government. I have from every single state, how much money they have left over. They have plenty of money. And the answer is, in new legislation, we’ll top that up so it won’t it won’t cost them a dime. So to the extent they use money out of those facilities now, when we pass legislation, we’ll make sure they get that money back. And on top of all of that, if there are some states that really have problems, then the President has the ability to waive the 25% entirely. So what we need to do is we need to get legislation passed that helps the American public get back to work.

$1 TRILLION IS AN ABSURD NUMBER, STATES HAVE PLENTY OF MONEY LEFT

Well, let me just be clear. 1$ trillion is just an absurd an absurd number.

Well, again, I have data from the states. Let me first say that the states have money left from last time. I’ve already give them flexibility. They can use that money for firefighters, policemen, first responders, health care workers. So there’s no reason they need to lay off those people. I have state by state, how much money is left. So there’s plenty of money now and we’ve put more money on the table.

SOME STATES DOING BETTER THAN OTHERS

Certain states had financial issues coming into this because of bad policies. I mean, New York keeps on raising their taxes. Everybody is going to move out in New York. I saw your segment earlier about how, you know, with with people working from home and remote locations, it’s going to be easier for businesses to move their headquarters out of some of these states. But let me tell you, Florida has no problem.

I spoke to the governor of Texas over the weekend just as an example. You know, that’s obviously the largest state. And based upon our proposal, I think they have more than enough money to cover the deficit. So, look, I understand New York has problems and, you know, I wish they didn’t have financial problems. I think that perhaps the the state should put in financial control board over the city because the city is really going in the wrong direction. And it reminds me of the 70s. I want to see New York City succeed.

Treasury Secretary Steven Mnuchin: We need legislation that helps Americans get back to work