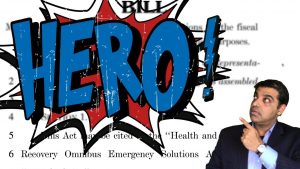 Unemployed Americans could see their benefits expanded under the $3 trillion coronavirus rescue bill being proposed by House Democrats.

“We must think big for the people now, because if we don’t, it will cost more in lives and livelihood later,” said House Speaker Nancy Pelosi of California. “Not acting is the most expensive course.

One of the most important provisions to unemployment insurance is the extension of additional benefits. The legislation would ensure that people currently out of work will be able to receive an extra $600 a week in unemployment benefits until at least next year.

Under their plan, the extra $600 unemployment payment would be extended until January 31, 2021. After that date, a “soft cutoff” will be put into place that would allow some individuals to receive benefits until March 2021.

The bill also acknowledges that states are running out of money to pay out the increasing number of unemployment claims—more than 33 million people filed for benefits in the past seven weeks.

California became the first state to borrow money from the federal government in order to keep up with payments, and experts say nearly every state will have to do the same as the coronavirus pandemic continues. But taking out loans comes at a hefty price, often leading states to slash their unemployment programs even after a recession ends.

House Democrats would alleviate the pressure on states by devoting $925 million to assist the processing of unemployment insurance claims.