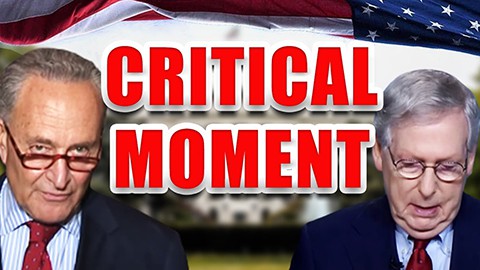 This letter was addressed to Democratic colleagues today.

The Senate is set to return from its summer recess next week, with no clear path forward on a consensus for a second stimulus package.

According to reports, the Republicans are now moving even further in the wrong direction. In the upcoming session, Leader McConnell and the White House may cut their original, inadequate, $1 trillion “skinny” bill in half.

Republicans may call their proposal “skinny,” but it would be more appropriate to call it “emaciated.” Their proposal appears to be completely inadequate and, by every measure, fails to meet the needs of the American people. With no money for rental assistance, no money for nutrition assistance, and no money for state and local services, the census, or safe elections, Leader McConnell and Senate Republicans would be making another unacceptable and ineffective attempt at providing relief.

As the pandemic continues to spread and our economy continues to falter, the American people need our help and deserve a bipartisan and bicameral bill that meets the needs of the nation. During the debate over the CARES Act, it was our unity against a partisan, Republican first draft that allowed for significant improvements to be made; improvements that have benefited millions upon millions of Americans and helped our economy. We should strive for, and hope we can achieve, another comprehensive, bipartisan bill that meets the moment facing our nation.