Back to Work Bonus | Is This The End of the $600 Per Week Boost to Unemployment Benefits? 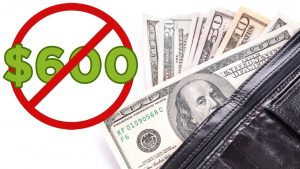 Unemployment Benefits Playlist – Everything You Need to Know

In this training video, Dr. Nitin Chhoda explores the latest news coming out of the White House and answers the question “Is The End of the $600 Per Week Boost to Unemployment Benefits?”

According to the Wall Street Journal, the Trump administration is examining proposals to provide cash incentives to encourage unemployed Americans to return to work. The-back to-work bonus is “something we’re looking at very carefully,” Larry Kudlow, the director of the White House National Economic Council, said during an interview.

Mr. Kudlow made the comments after he was asked about a proposal by Sen. Rob Portman (R., Ohio) to provide a temporary $450-a-week bonus for unemployed workers returning to work, on top of their wages. He suggested a future package would instead include alternatives to encourage people to go back to work.

“I frankly do not believe the $600 plus up will survive the next round of talks, but I think we’ll have substitutes to deal with that issue,” Kudlow said.

Republicans and Democrats in March joined hands to pass the CARES act which included enhanced unemployment payments of $600 a week through July 31. Democrats want to extend that funding into 2021. The White House and top GOP lawmakers have rejected that plan and are exploring other ideas.

“The trouble with the $600 plus-up—and maybe we needed it in that emergency period—but frankly it’s a major disincentive to go back to work,” said Mr. Kudlow. He predicted that provision won’t be included in the next stimulus package. He also said President Trump remains interested in a payroll-tax cut, an idea that has gained little traction among Democratic or Republican lawmakers.

A proposal from Sen. Rob Portman (R., Ohio) to provide a temporary $450-a-week bonus for unemployed workers returning to work, on top of their wages is being discussed.

In this training video, Dr. Nitin Chhoda analyzes these updates, and also explores:

1. The cash incentive to get back to work

2. Democrats versus Republicans: The clash of ideologies and political gridlock