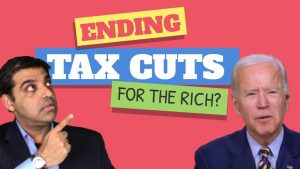 Biden outlined an an ambitious series of policy goals during a virtual campaign fundraiser today.

Joe Biden: “I’m going to get rid of the bulk of Trump’s $2 trillion tax cut”

“And a lot of you may not like that but I’m going to close loopholes like capital gains and stepped up basis.”

THIS STORY IS BREAKING and was first reported by Kevin Breuninger on CNBC News in the Politics Section. Read the original story here: