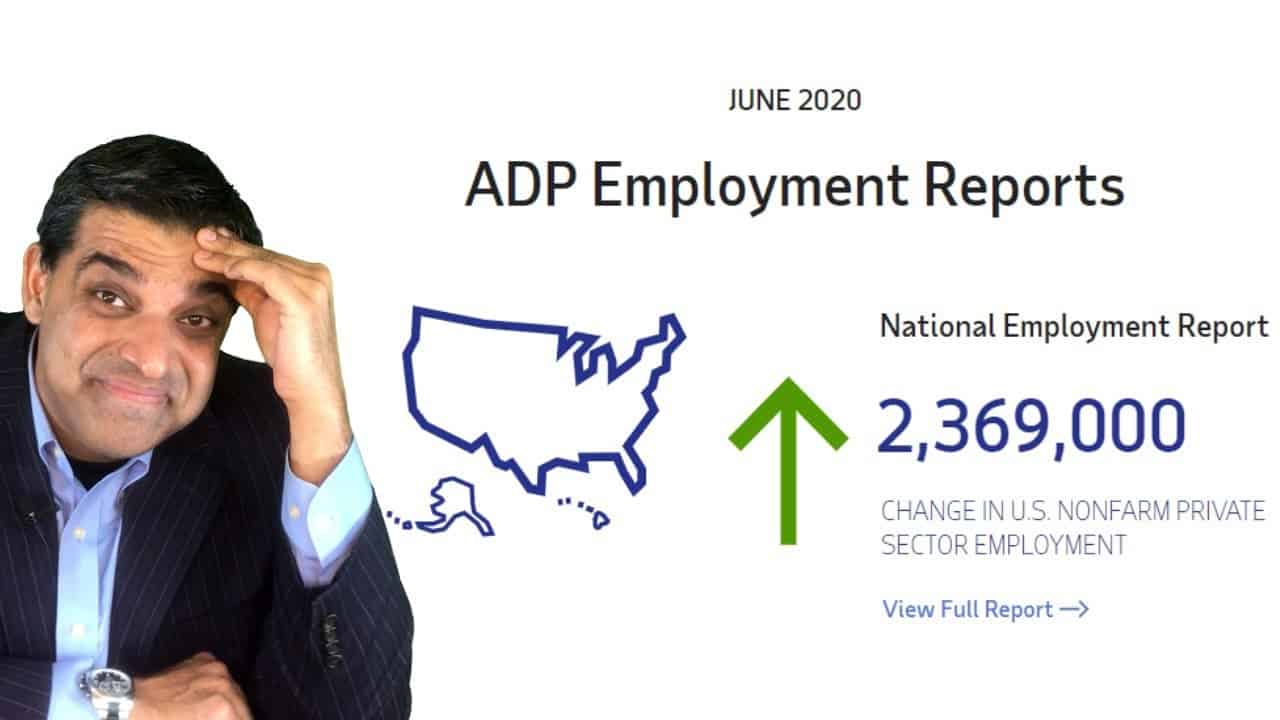 Private payrolls rose by 2.369 million in June, a bit below the 2.5 million estimate from economists surveyed by Dow Jones, according to ADP. Hospitality industry workers saw the biggest gain, with 961,000 hires, while small businesses overall added 937,000.

May’s number (from ADP) saw a stunning revision, going from an initially reported loss of 2.76 million to a gain of 3.065 million.

According to private payroll processor ADP, U.S. businesses hired 2.4 million workers in June, but this was a lower-than-expected result that shows it is going to take awhile for the labor market to rehire the tens of millions of workers displaced by the pandemic.

The Labor Department’s employment survey (to be released at 8.30 EST on July 2) is expected to show that a record 3.1 million jobs were added in June as the unemployment rate fell to 12.3% from 13.3%, according to the median estimate of economists surveyed by Bloomberg.

At the same time, a separate Labor report is projected to reveal that another 1.3 million Americans filed initial claims for unemployment benefits – a rough measure of layoffs – last week. Both reports are set to be published at 8.30 EST on July 2, after the jobs survey news was moved up due to the July 4 holiday.

Bottom line: The rebound from the pandemic-induced recession – the steepest but shortest on record – is likely to be a drawn-out saga.