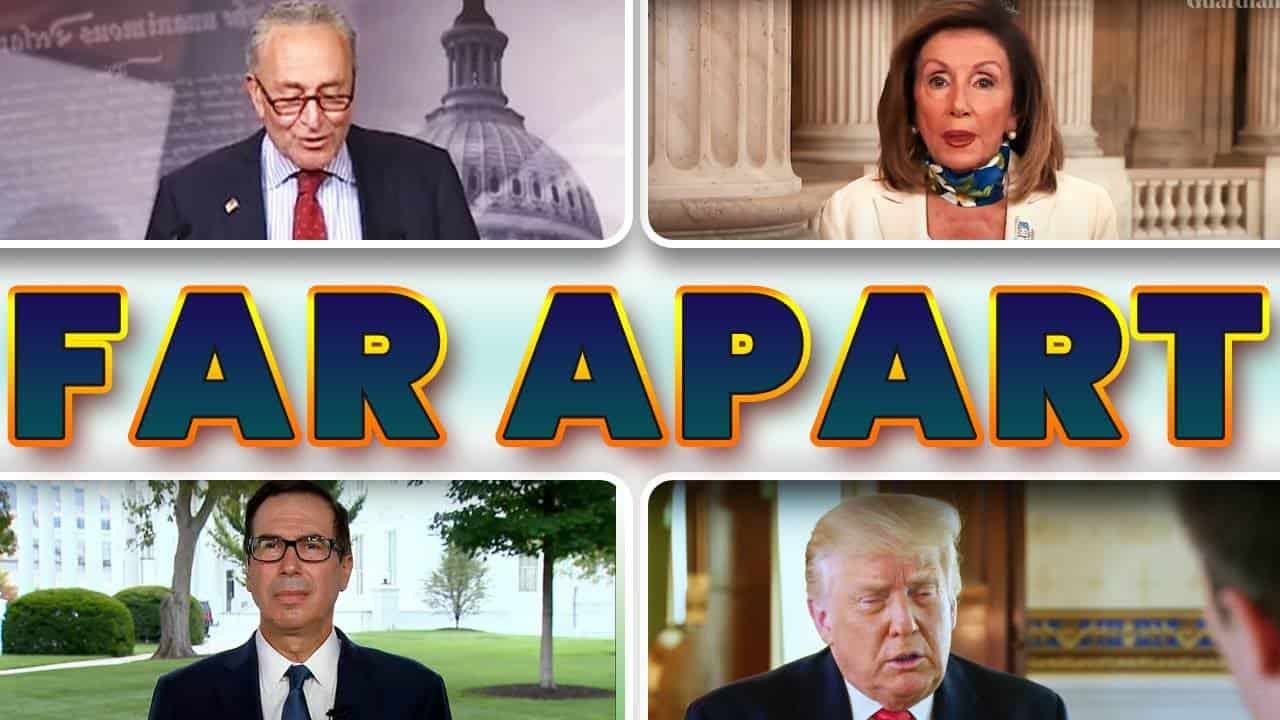 Not very good news about the second stimulus check and unemployment benefit extension at this moment in time, because the two sides are STILL very far apart with respect to the next stimulus package after a 3-hour negotiation (second week of negotiations) today.

At this moment, there is no consensus between the administration and the Democrats on a much-needed relief bill.

REMEMBER – It takes 2-3 days to draft a bill AFTER both sides reach a consensus. It then takes 2-3 days to get the House and Senate to vote on the bill, after which the President signs it into law. So we are VERY far away right AT THIS MOMENT IN TIME from an actual bill that becomes law.

Unless a relief bill is drafted and signed by the President, there will be no second stimulus check, and no enhanced unemployment benefits extension. This also means no money for states and no hazard pay at this time, as the partisan disagreements continue.

Right now, the stimulus package that both sides agree to, HAS NOT BEEN DRAFTED YET.

This means no stimulus checks are going to be mailed out, no federal unemployment benefits extension will be provided, until the stimulus bill is drafted, and signed into law by the President.

Pelosi called it a “consequential meeting” in which the differences between the two parties were on display.

“The American public want action. So, again, we’re not going to just keep on coming back every day if we can’t get to a deal. We’ve said by the end of the week, we wanted to reach an agreement on the major issues,” Mnuchin said. “The president wants us to get a deal or he wants to move on and he’ll take other action.”

“We are very far apart,” Pelosi said. “It’s most unfortunate.”

“Instead of getting serious, the Democratic leaders have chosen instead to misrepresent and even lie about what’s at stake,” McConnell said.

“If the basis is getting an overall deal done, there would have to be significant compromises on some big issues tomorrow,” Mr. Mnuchin said, adding that he expected the negotiators to speak by phone the next day to “see if it makes sense to meet.”

The Labor Department will report Friday morning on how many jobs the economy created in July. As per Dr. Chhoda, the results of the job report will set up the final stages of the negotiation. If the job report is worse than expected, there will be greater urgency in the next 24 hours. If the jobs report is better than expected, the President’s expectation of a ‘V shaped recovery’ could be strengthened, making the administration less likely to negotiate with Democrats.