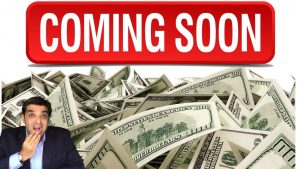 This is an election year

The real unemployment rate, which includes people who are not looking for work or are underemployed, already stands at 22.8%.

Treasury secretary Steven Mnuchin acknowledged that the jobless rate may be even higher and stand at 25%. “The reported numbers are probably going to get worse before they get better,” he said.

A Financial Times survey detected a partisan split over fears about the lasting effects of the COVID-19 outbreak. Republicans were more likely to be concerned about the economic impact compared to Democrats (45% vs. 22%), while Democrats were more worried about the public health impact over the financial fallout (78% vs. 55%).

According to the Financial Times, nearly three-quarters of Americans say the coronavirus pandemic has reduced their family’s income, with nearly half saying they would be without any income at all if they were unable to work because of illness.

In a sign of how widespread the pandemic’s economic impact has become, almost as many families making more than $100,000 a year reported a hit to their income (71 per cent), as those making less than $50,000 (74 per cent). Similarly, 53 per cent of those making less than $50,000 said they would lose their pay if illness forced them to stop work, while 47 per cent of those making more than $100,000 were in the same boat.

84% of Americans say they need another stimulus check

1 in 3 Americans fear the first stimulus checks won’t sustain them for even a month. The coronavirus has hit income across all wealth brackets.

While millions of Americans are still counting the days until their stimulus checks arrive, many are already finding that the one-time $1,200 payment won’t go very far.

A record 21 million-plus Americans filed for unemployment in just one month, and economists at the Federal Reserve Bank of St. Louis have estimated that joblessness could surpass 32% — which is greater than the Great Depression’s unemployment rate in the 1930s.

Americans were already on the back foot before the coronavirus hit: nearly 4 in 10 didn’t have enough money saved to cover a $1,000 emergency expense, according to a separate Bankrate survey from January, and lower earners were disproportionately much less prepared. WalletHub reported that almost 160 million Americans are less than three months away from running out of money.