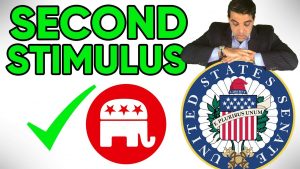 The tide is shifting in the US Senate.

Senator Jim Inhofe (R-Oklahoma) said that financial relief for Americans “is going to happen, it’s just not going to happen yet”. The Senator made the comments after the Senate Republican’s weekly luncheon where second stimulus checks preoccupied the agenda.

In his comments, Infohe remarked that “the idea of a second stimulus check fueled two hours of discussion at the lunch,” and that Senators “were supportive, but working through details.” “What you don’t want to do is have a reward given to people who don’t want to work,” he added.