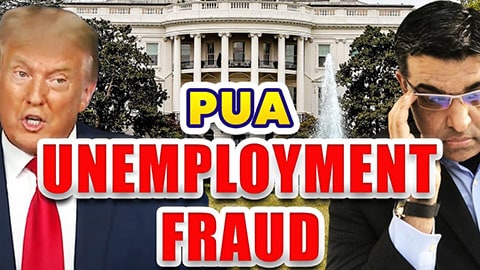 In May 2020, the Office of the Inspector General (OIG) called out the Pandemic Unemployment Assistance program (PUA for being “highly vulnerable to improper payments and fraud.”

This unprecedented program provides weekly unemployment checks to people normally ineligible for traditional state unemployment insurance benefits (UI) such as the self-employed, independent contractors, people with limited work histories or seeking part-time work and those who have exhausted other sources for unemployment benefits.

The PUA is growing in importance. For the first week of May, there were 22.7 million continued claims for traditional UI benefits and 7.8 million for PUA benefits.

By the second week of August (the most recent date for which we have the data), the number of continued claims declined to 13.1 million for UI but increased to 14.6 million for PUA. This means there are more people on PUA (set to expire at the end of the year) than state UI.

Given PUA’s growth, the potential for fraud has also increased. To establish PUA eligibility the CARES Act requires only that individuals self-certify that they have lost employment income due to one of the COVID-19 related reasons set forth in the statute. Upon self-certification, individuals are immediately eligible to receive PUA benefit payments.

As the OIG pointed out, the Disaster Unemployment Assistance program (DUA), upon which Congress modeled the PUA, also permits individuals to immediately collect benefits upon self-certification but has a second step which disqualifies recipients who fail to submit evidence of employment within three weeks.

Also, unlike DUA, the PUA fails to require that a benefit recipient’s lost income relates to his principal source of income.

In May 2020, the OIG warned that keeping the PUA in its current form would likely result in the “loss of millions of taxpayer dollars.” But in April the CBO estimated that only 5 million people would claim PUA benefits at a cost of $35 billion.

As PUA now has 14.6 million continued claims, the OIG’s August estimate is expected to be much higher.