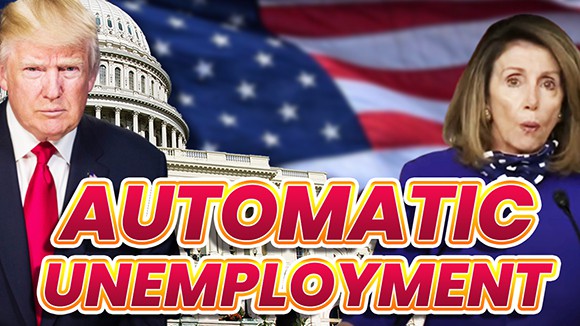 1. Optics of the Stimulus Negotiations

3. How to Automatically Implement Unemployment Benefit Extensions in the Future
(taking politicians out of the equation – is this the way forward?)

With a divided Republican Party and an election only three months away, experts told Newsweek Democrats are poised to hold firm on the position that it’s a $2 trillion package or no package at all.

“What’s their incentive to back down? If Democrats thought they’d be blamed squarely for the deadlock, I think they’d give in or they’d go to the table for something smaller,” Sarah Binder, a professor of political science at George Washington University and senior fellow at the Brookings Institute, said. “If you do something smaller, Republicans can say, ‘We’re done.’ And I think Democrats don’t want to be in that position.”

Polling shows that the majority of Americans support additional support for small businesses, another round of stimulus checks and expanded unemployment payments.

So, Democrats pushing against a curtail of emergency relief and for a renewal of the CARES Act is a message they likely feel is popular, Binder said, and thus another motivation to hold out for a deal they want.

And, if come November, they take control of the Senate and the White House, Daron Shaw, a professor at the University of Texas’ Department of Government and Frank C. Erwin, Jr. Chair of State Politics, said they’ve “effectively won.”

By implementing an automatic stabilizer, Congress could provide enhanced unemployment benefits whenever the unemployment rate increased above a set amount without requiring legislators to vote on the measure.

Tied to the nature of the economy, Brian Kench, dean of the Pompea College of Business at the University of New Haven, said it takes politicians out of the story during a recession. Having it already in place would also likely increase speed and efficiency in getting payments to those who are out of work.