IS THIS A FAIR QUESTION TO ASK VICE PRESIDENT JOE BIDEN? 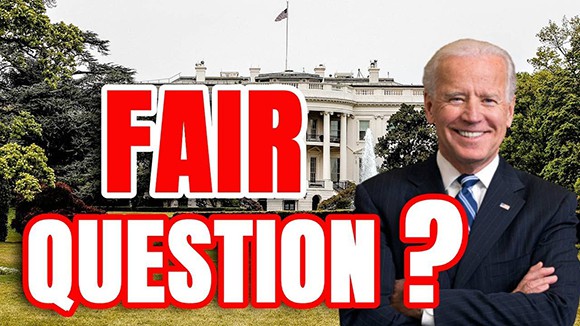 In this video, Dr. Chhoda analyzes a question posed by a reporter to VP Joe Biden.

“Mr. Biden, have you been tested for (the illness)?” a reporter tried shouting to Biden after he and Jill watched the fireworks on Thursday night.

“Are you kidding me?” a Biden aide shot back.

Is it right to ask this question? Let us know in the comments section below.

Biden deputy campaign manager Kate Bedingfield on Sunday asserted that the former vice president has not contracted the illness. But Bedingfield also said that Biden has not taken a test.

“He has not had the (illness),” Bedingfield said on ABC News’s “This Week,” adding: “We put in place incredibly strict protocols to ensure that everybody involved who is around Vice President Biden, who’s around Senator Harris, is undergoing the appropriate testing.”

Host George Stephanopoulos interjected: “Has he been tested?”

“He has not been tested,” Bedingfield replied. “However, we have put the strictest protocols in place, and, moving forward, should he need to be tested, he certainly would be.”

According to the Washington Post, it was not immediately clear how the campaign knew that Biden had not contracted the virus if he had not been tested. Those who have contracted it sometimes do not exhibit any symptoms.