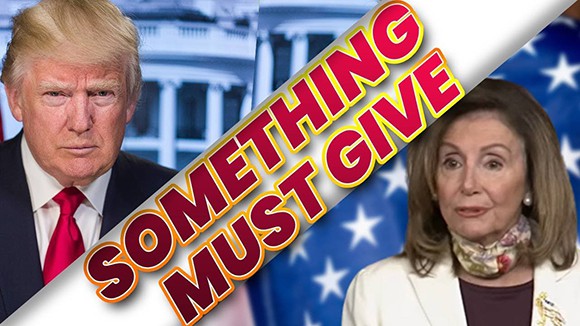 “Speaker [Nancy] Pelosi [D-Calif.] and House Democrats have spent weeks ignoring the urgent needs of American workers and families, but they rushed back to Washington the instant that overblown conspiracy theories about the United States Postal Service convinced them their own jobs might be in jeopardy,” McConnell said in a statement.

McConnell previously said a stand-alone Postal Service bill was not likely to pass the Senate. The White House has also stated it could be vetoed.

Pelosi appeared on CNN’s State of the Union today. “My caucus is standing together on this,” she said. “I invite any ideas that they have. I welcome them. And there are a number of letters for one aspect or another. And I welcome that.

“But they want — of course, we all want the negotiations to continue, but not just what the administration wants, but what the country needs.”

“What they say to us is why should one state help another state that may have needs? Well, we welcome them to the United States of America,” she said.

White House Chief of Staff Mark Meadows told ABC News’ This Week on Sunday, that President Donald Trump would be willing to sign a bill passed by the House on Saturday providing funding for the U.S. Postal Service if Democrats agree to include other economic relief measures.

“My challenge to the speaker this morning would be this — if we agree on five, six things — let’s go ahead and pass those,” Meadows said.

“I spoke to the president early this morning. He’s willing to sign that, including Postal Service reform, that making sure that the money is there to make sure that deliveries of first class mail are handled quickly, efficiently and on time.”