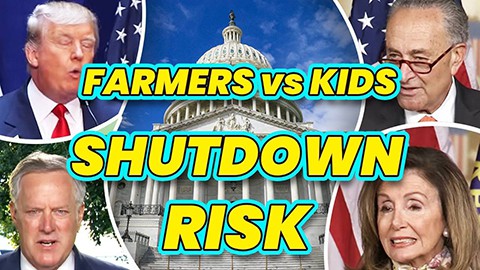 Two Republican aides familiar with the situation said Pelosi had essentially backed out of a deal with Mnuchin that would have traded farm bailout money the White House wants for $2 billion in child nutrition spending Democrats want.

A Democrat aide denied there was any deal in the first place, but said Pelosi was pushing Mnuchin for higher spending on child nutrition in exchange for the farm bailout funds. All the aides spoke on the condition of anonymity.

Next steps were unclear. All sides had agreed that the deal would extend government funding through Dec. 11. House Democrats had hoped to file the legislation on Friday, but it appeared that Monday would be the earliest that could happen.

It also was uncertain if a bipartisan agreement would be reached at all — or if House Democrats would file a bill without Republican support, and move forward from there.

Failure to pass the stopgap spending bill by the end of the month would lead to a shutdown on Oct. 1, just weeks before the election.