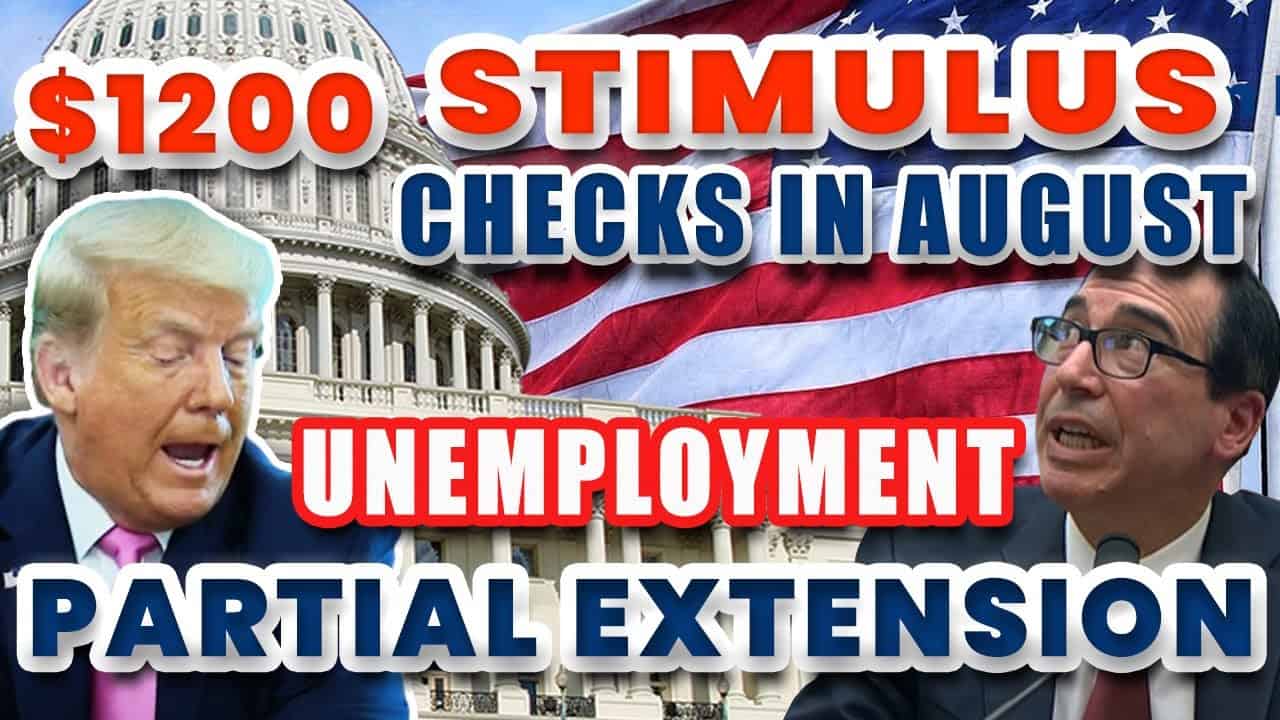 In this video, we explore:

1. Trump administration backs partial extension of jobless benefits through year’s end – a new announcement originally reported by Reuters (link in the description below)

2. We analyze the EXACT Language in a draft proposal from the Republicans – the copy of the initial draft was obtained by The NY Times (link also below)

3. NEW URGENCY & SPECIFIC language about the extension of unemployment benefits, and the next $1200 stimulus check COMING IN August & WHY we must BE GRATEFUL for the constitutional order of the United States of America

4. What is going to happen this week and what I think you should do next

Unemployment – There will be some type of extension of the enhanced benefit, but likely not $600 a week. There will be a transition period during which there will be a flat amount of extra UI per week. After that, there will be a new policy that better aligns with an individual’s lost income(possibly by multiplying a person’s state benefit) but will cap out at 100 percent of income.

The secretary called the $600 weekly aid “ridiculous” and a disincentive for people to go back to work. He also promised a fresh round of $1,200 stimulus checks would be coming in August.

“We’re prepared to move quickly,” Mnuchin said after he and Mark Meadows, the president’s acting chief of staff, spent several hours with GOP staff at the Capitol. He said the president would “absolutely” support the emerging Republican package.

Mnuchin said the $1,200 direct payments would be based on the same formula from the earlier aid bill. Individuals making $75,000 or less, for example, received the full amount and those making more than $75,000 received less than $1,200 depending on their income. Individuals earning above $100,000 did not qualify for the payment.

“We’ll get the majority of them out in August and those will help people,” Mnuchin said.

The Constitution places the power of the purse in Congress: “No Money shall be drawn from the Treasury, but in Consequence of Appropriations made by Law . . .” In specifying the activities on which public funds may be spent, Congress defines the contours of federal power. This requirement of legislative appropriation before public funds are spent is at the foundation of our constitutional order.