PELOSI: WE WILL COME TO AN AGREEMENT BECAUSE WE MUST | LATEST ON UNEMPLOYMENT BENEFIT EXTENSION VOTE 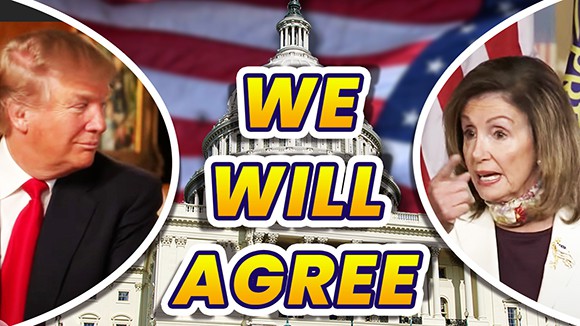 Speaker Nancy Pelosi (D-Calif.) on Thursday rejected a push by some House Democrats to vote this weekend on standalone legislation to extend federal unemployment insurance payments that expired at the end of July, maintaining that it could undermine negotiations on other aspects of the pandemic relief package.

More than 100 Democrats this week signed on to a letter spearheaded by Reps. Scott Peters (Calif.), Derek Kilmer (Wash.) and Don Beyer (Va.) that urged leadership to schedule a vote for Saturday on legislation to extend enhanced unemployment insurance on a time frame based on econometrics.

The Speaker said that she personally supports the idea of tying unemployment insurance payments to economic measures like the unemployment rate instead of allowing the benefits to expire on arbitrary dates. But she argued that voting on such a proposal at this stage could ultimately backfire in the stimulus relief negotiations.

“I don’t think strategically it’s where we should go right now, because the Republicans would like to pass something like that and say forget about it,” Pelosi continued. “Forget about state and local [government funding], forget about our investments in stopping the virus, forget about other initiatives that feed the food insecure children in our country, vote by mail initiatives and the rest.”

Pelosi also warned that if the House were to pass a standalone bill to extend unemployment insurance, Senate Republicans could amend it and add “poison pills.”

Pelosi reiterated her stance in a letter to colleagues late Thursday night while noting that “the ideas Members have put forth have been excellent.” “However, we must consider their timing and strategic value. They cannot come at the expense of addressing the priorities of the Heroes Act — particularly support for our heroes in state and local government and education, who are in crisis,” Pelosi wrote, referring to the sweeping $3 trillion HEROES Act the House Democrats passed in May.

MORE KEY COMMENTS FROM THE SPEAKER

We think trillions of dollars should be spent to buoy up America’s working families as well. And that’s why we have a difference of priorities here.

But we will come to agreement because we must.

We do not agree, subscribe to what Mitch McConnell says. Let state and local local governments go bankrupt, go bankrupt, health care workers, I mentioned them. And if they get fired, they go on unemployment insurance.

The Speaker agreed the differences between the two sides were ‘ideological and political’.