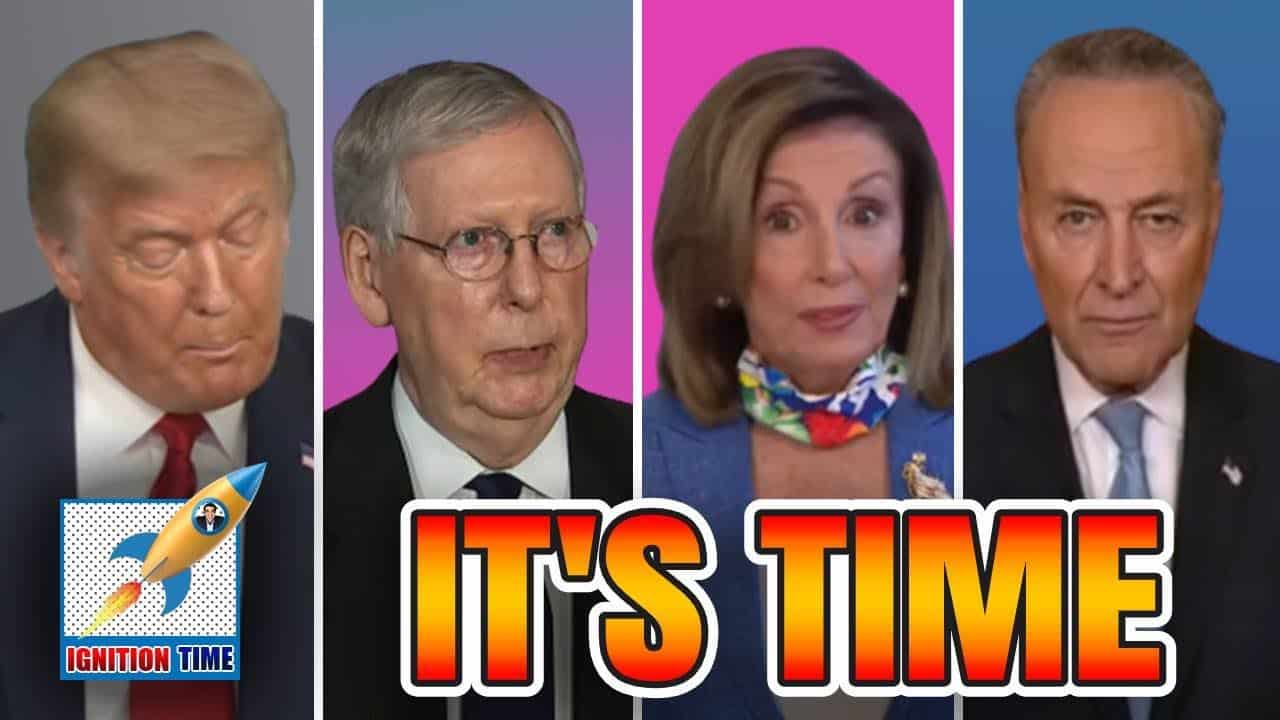 The White House press secretary Kayleigh McEnany just confirmed the Washington Post story that the President is willing to sign a second stimulus bill without the liability shield.

The full story is here

What do you think?

According to new reporting from Jeff Stein and Erica Werner at the Washington Post (full link to the article in the description below), the White House is willing to cut a stimulus deal without the ‘liability shield,’ which was a red line for Senate Majority Leader Mitch McConnell.

As a country, we have never seen a scenario where a Republican President breaks from the RED LINE demand of a Republican Senate Majority leader to CUT A DEAL with Democrats on the other side of the House on legislation THIS IMPORTANT. This is a tectonic shift in the political landscape at a key time in the history of the United States.

The White House has clearly indicated that their top two priorities at the current moment are:

Dr. Chhoda is putting 2 and 2 together here.

A week ago, Dr. Nitin Chhoda made a prediction “There will be an announcement soon (from the President / other official) that some version of the $600/week booster will be extended for some period of time”.

Although this hasn’t happened (yet) and may not happen at all, one thing is for sure.

The tide is turning slowly.

The Senate majority leader had said earlier in the week that there would be no deal with Democrats without legal protections for employers against pandemic claims.

The White House wants and is pushing for the “liability shield” as a top priority but would be willing to sign off on a deal that lacks the legal protections.

One of the people familiar with the administration’s thinking said the measure was “considered important but not absolutely essential.”

BOOKMARK this channel in your browser