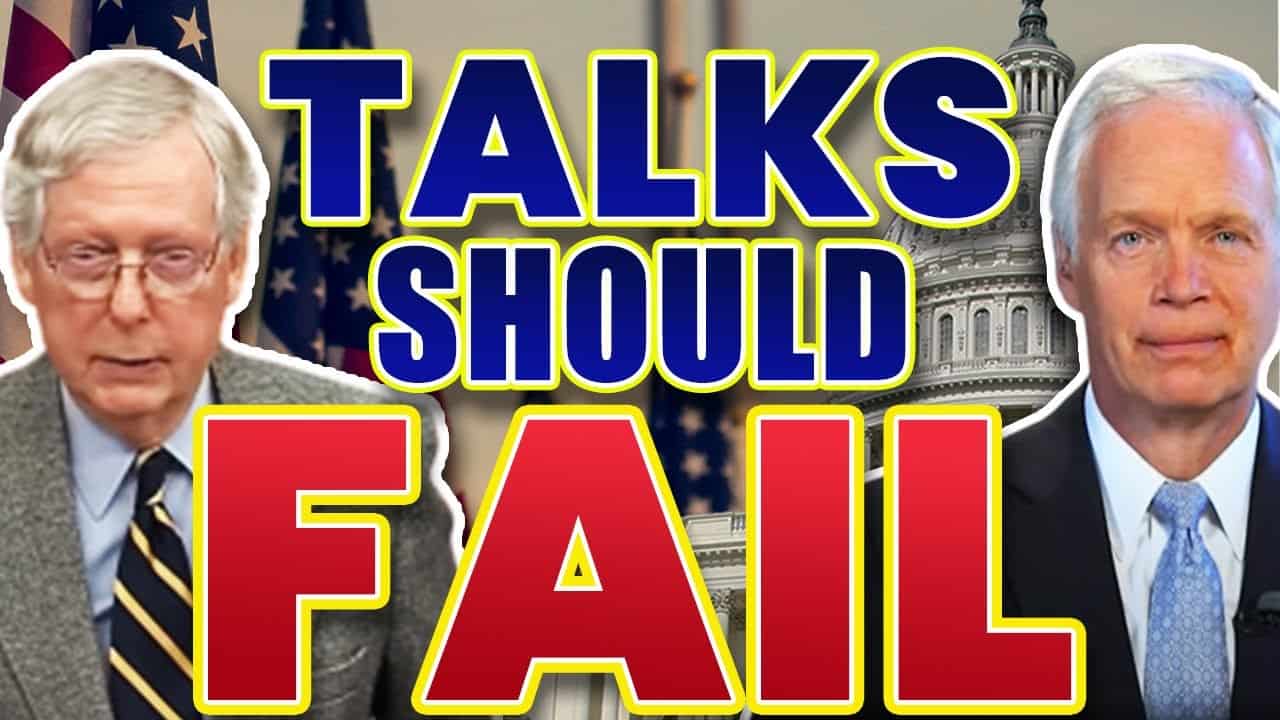 Senate Majority Leader Mitch McConnell, a Kentucky Republican, has not joined in the talks but set down a marker last month when the Senate GOP released its pandemic aid bill.

Yesterday, he told Fox News that “the American people are sick of the stalemate” after another day passed with no formal discussions between Democrats and the Trump administration.

On the other hand, U.S. Sen. Ron Johnson from Wisconsin would rather see no new stimulus bill than one that includes new spending. He recently told the Milwaukee Journal Sentinel on stimulus negotiations: ‘I hope the talks remain broken down’

Johnson said in a Friday interview with Breitbart News Tonight that he hopes negotiations stay broken down between the Trump administration and House Democratic leaders on a new pandemic relief package given the trillions Democratic leaders proposed in new spending.

Johnson does not support any new spending that would add to the federal debt, which is at about $22.8 trillion, according to the U.S. Government Accountability Office. He instead wants any new proposals to spend money already authorized by a relief package passed earlier this year known as the CARES Act.

Senator Ron Johnson on stimulus negotiations: ‘I hope the talks remain broken down’