SPEAKER PELOSI: THE PRESIDENT IS AFRAID OF THE AMERICAN PEOPLE 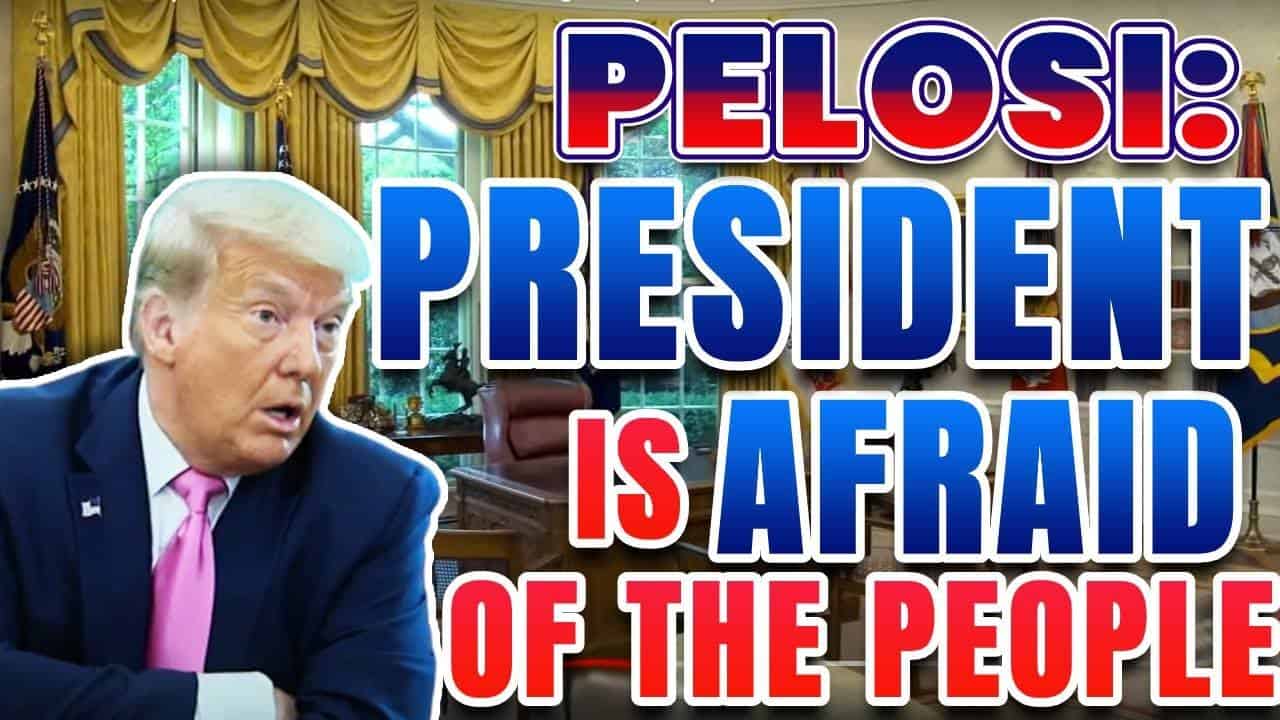 Dr. Chhoda continues his analysis of Speaker Pelosi’s press conference earlier today. The tension between both sides is increasing, and it does not appear that there will be a compromise anytime soon.

SPEAKER PELOSI: OUR ECONOMY DEPENDS ON FISCAL SOUNDNESS OF STATE AND LOCAL GOVERNMENT

Over 90% of the funds for the education about public education come from state and local government.

What did Mitch say? Let them go bankrupt. Economists tell us that our economy depends on the fiscal soundness of state and local governments. Without an infusion of cash they will be furloughing or firing people. Already 1.5 million, it could go up 4 million more people laid off. They will go on unemployment insurance. So what are we saving there? Diminishing meeting the needs of health care workers, first responders, teachers, teachers, teachers, transit protection, sanitation, food workers and the rest to meet the needs of people so the needs won’t be met. The people will be out of work and they will go on unemployment insurance.

The President has said today or yesterday when it was reported today that he wasn’t putting any money in the Postal Service. He says he’s not putting up any money for absentee voting and he’s not putting up any money for the postal service, undermining the health of our democracy. The money for the elections (that is in the bill) is not just about absentee ballots. It’s about if people, the health reason to vote by mail because you don’t have to go stand in line for hours and maybe have more proximity than even you wanted or go to a polling place that might not be spaced properly. So it’s a health issue. You shouldn’t have to choose between your health and your ability to cast your vote.

There are people who think that the post office is election central, in this election. Maybe the President thinks that, too. And that’s why he wants to shut it down.

SPEAKER PELOSI: THE PRESIDENT IS AFRAID OF THE AMERICAN PEOPLE

The President is afraid of the American people, he’s been afraid for a while, he knows that on the legit it’d be hard for him to win. So he wants to put obstacles on participation. But we do not agonize, we organize and whatever the reality is that we have to deal with, if he refuses to honor the sacred right of the vote.

SPEAKER PELOSI: THE NEEDS OF THE AMERICAN PEOPLE ARE NOT CHANGING, THEY ARE INCREASING

We passed our bill 90 days ago. It took them until two weeks ago to come back with a meager piecemeal bill that they put forth. They said, oh, we all work better up against a deadline. American people don’t want this uncertainty. You’re always there to give certainty to the markets. Let’s give some certainty to America’s working families. So we can’t wait until September 30th. The needs of the American people are not changing, they’re only getting more so they’re not lessening.