SPEAKER PELOSI: THIS IS ABOUT BOARDROOM TABLE VERSUS KITCHEN TABLE | WHAT YOU MUST KNOW 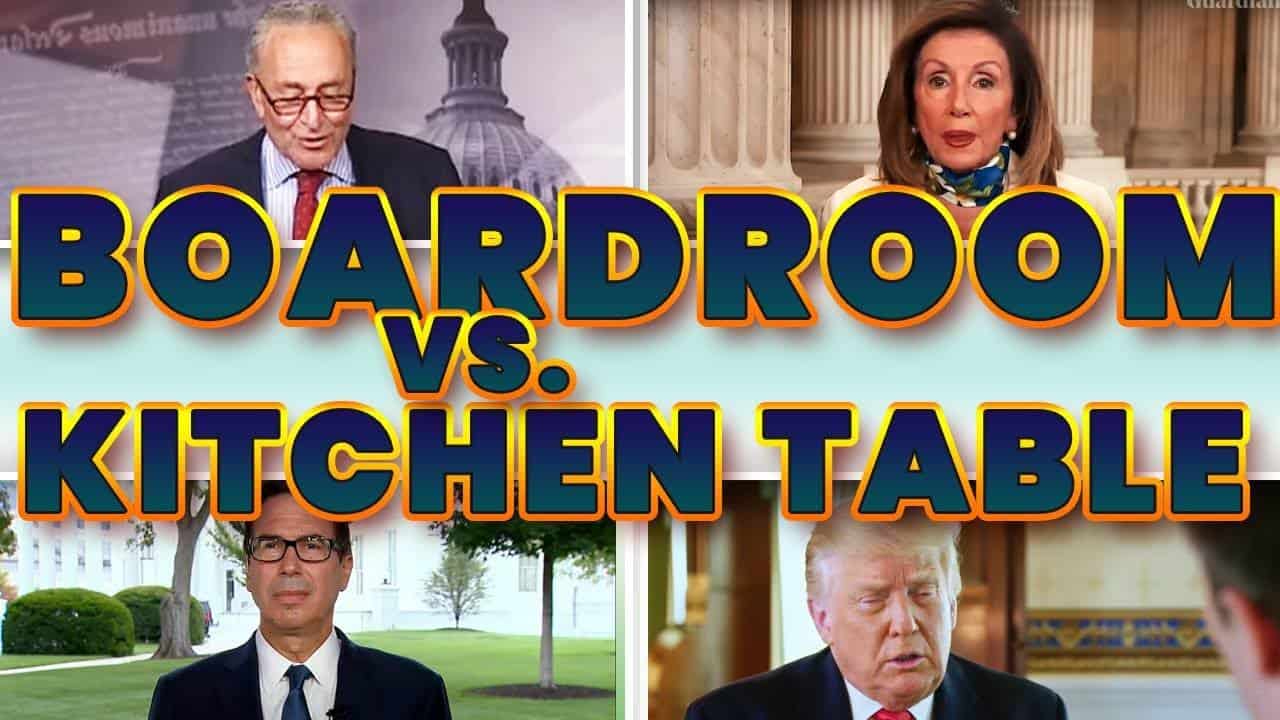 Dr. Chhoda analyzes speaker Pelosi’s press conference where she highlights key differences between the administration and the Democrats.

What are your thoughts on Speaker Pelosi’s comments? LEAVE COMMENTS BELOW & PARTICIPATE IN OUR COMMUNITY.

SPEAKER PELOSI: THIS ADMINISTRATION HAS NOT UNDERSTOOD THE GRAVITY OF THE SITUATION FOR MONTHS

It’s no wonder we have a vast difference, because this administration and the Republicans in Congress have never understood the gravity of the situation. For months, and even until now, they have ignored the science. They called it a hoax, miracle, by miracle would go away. I’m deeply religious person, I believe in miracles and I believe the miracle of science will help us through this. Magically it would go away. It was a hoax. No they are the hoax.

SPEAKER PELOSI: MILLIONS OF CHILDREN IN OUR COUNTRY ARE FOOD INSECURE

Millions of children in our country are food insecure. That has existed before the virus. It has completely exacerbated because of the virus. And so in the bill we have over $60 billion to meet the hunger needs of the American people, food stamps with women and children initiative, food banks, other food and nutrition initiatives. In the GOP that came out a couple of weeks ago, $250,000,

Yes, they said the President was going to do a moratorium. That would have been great. But a moratorium without money. Is not that great. The Princeton eviction lab, the Low-Income Housing Coalition, all of these authorities have told us it will take about $90 billion. In the current situation, we had $100 billion in the Heroes Act, they have zero, nothing.

SPEAKER PELOSI: 62 OUT OF THE 100 LARGEST SCHOOL DISTRICTS WILL OPEN VIRTUALLY (NO MONEY ALLOCATED TO THEM)

From the 100 biggest, the largest, school districts in the country, the 100 largest, 62 of those largest districts, have declared that they will open virtually, completely virtually, remote learning. Another 15 or so, hybrid. A small number, actual, but the President’s money, he says, will go to the schools that open actually when it is a small percentage of those 100 top schools.

SPEAKER PELOSI: THIS IS ABOUT BOARDROOM TABLE VERSUS KITCHEN TABLE

I don’t know when they’re going ready, when they come in with $2 trillion.