SPEAKER PELOSI WOULD RATHER HAVE ‘NOTHING’ THAN THE $1.3 TRILLION FROM THE REPUBLICANS 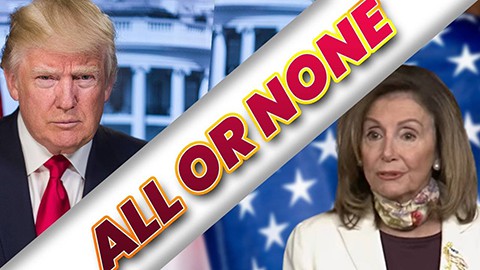 Dr. Chhoda reviews the latest comments from White House Chief of Staff Mark Meadows about the state of the stimulus negotiations right now.

“We brought up the number. I had a conversation with Speaker Pelosi. And even on her $2.2 trillion counteroffer she can’t tell the American people nor me what is in that,” Meadows said on NBC’s “Meet the Press.” “She puts forth a number, suggests that she came down, and yet she’s willing to turn down $1.3 trillion of help that goes to the American people because she would rather them have nothing than to give way on what her fantasy might be.”

The $1.3 trillion package would also include funding for schools, childcare and hospitals “at levels [Pelosi] would agree with,” Meadows said.

“That would require Sen. Schumer, as you know, anything in the Senate requires both Democrats and Republicans,” he said. “But Speaker Pelosi, if she worked with Chuck Schumer, I can tell you all of those things that I just mentioned are available for the American people, and Speaker Pelosi is saying no.”

Speaker Pelosi blamed the stalled negotiations on President Trump during an appearance on CNN’s “State of the Union” last week.

“More than 4 million have been added to the infection list because we paused,” Pelosi said last week, referring to delays in testing and tracing. “Over 80,000 more people have died, because they paused. … Trump fiddles while Rome burns, while America burns.”