STIMULUS NEGOTIATION UPDATE | PRESIDENT: THIS IS SPEAKER PELOSI ‘CON GAME’ WHILE I FIGHT FOR NATION 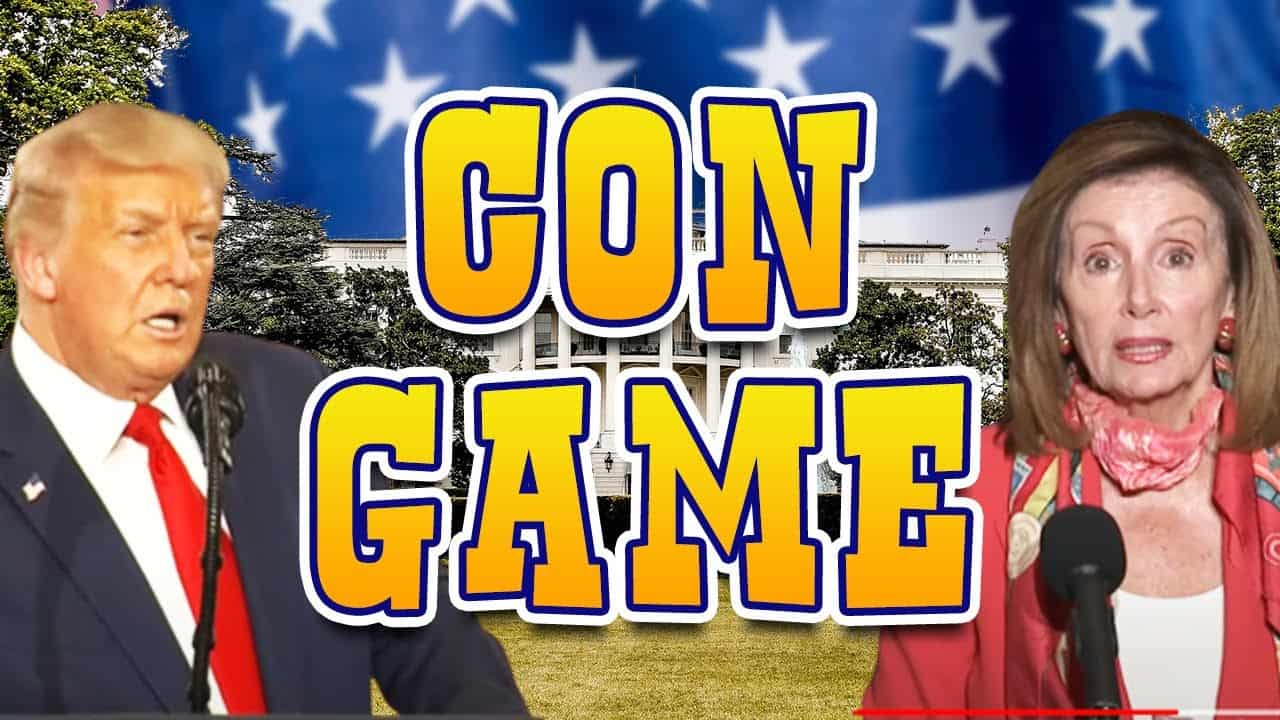 1. The current state of stimulus negotiations

2. President’s comments on universal mail in voting versus absentee ballots

3. President’s comments on the way the USPS is being run

The post office lost $78 billion over a very short period of time. Think of it over the last 10, 12 years, something like that. $78 billion with a B billion.

This isn’t a Trump thing. This has been one of the disasters of the world. The way it’s been run, it’s been run horribly and we’re going to make it good. Now, what am I supposed to do? Let it continue to run badly? So if you fix it, they say, oh, he’s tampering with the election. No, we’re not tampering. First of all, absentee ballots like in Florida, those are great things. You send for it, you ask for it, they send it to you. You send it back with your vote. Those are great things. Universal ballots where they drop millions of ballots into a community, into a state like New Jersey is doing now. It’s going to be a disaster. Look at Nevada, what’s going on over there? It’s going to be a disaster. No signature verification. It’s going to be a disaster. And just one thing. Take a look at what happened in New York disaster. Paterson, New Jersey disaster. Virginia disaster is it’s a disaster. What’s going on? They can’t count the ballots.

It’s a Nancy Pelosi con game with, you know, her associate, Schumer. If this is a con game by Pelosi and Schumer, look, at the post office there’s 25 billion sitting there, but they really want $1 trillion to bail out their badly run states like New York State, which is horribly run. Like if you take a look at California, the money they lose, Illinois is a disaster, just a disaster.

The Republican states are doing phenomenally well. Sure, they’ll take money. If what they can tell you, they’ll always take it, but they’re doing really, really well. So she really wants what she wants more than anything in the world is to get a trillion dollars from all of the states, from the American taxpayer, to bail out people that are doing a bad, bad job running these states that have been running badly for years, but running these states. And in the end, the Republicans aren’t looking for it. The Democrats want it because it’s New York state’s virtually every one of them. I would say every one of it, but virtually every one of them. They want to bailout Democratic run states that have been running badly, but they want the whole nation to do it. So instead of just accepting that I fight for the nation and then they do the number, you know, the phony number about the post office, the post office, we want to make it run efficiently, run good. We want it to run for less money, much better always taking care of our postal workers.