Will Big Stimulus Lead to the END OF THE DOLLAR as a Reserve Currency? | Will Dollars Be WORTHLESS? 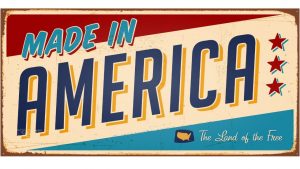 Dr. Nitin Chhoda discusses the dominance of the US dollar as the world’s reserve currency and whether this is coming to an end.

This dominance can be attributed to global, political and economic factors.

In the midst of this worldwide crisis, Dr. Chhoda answers the question “Is this the end of the US dollar as a reserve currency?”.

The impact of the Federal Reserve’s recent actions to protect the US dollar, and whether this is likely cause hyperinflation and a ‘dethroning’ of the US dollar as the world’s reserve currency is also discussed.

What is a global currency?

A global currency (reserve currency) is one that is accepted for trade throughout the world. The most popular are the U.S. dollar, the euro, and the yen.

According to the International Monetary Fund, the U.S. dollar is the most popular. As of the fourth quarter of 2019, it makes up over 60% of all known central bank foreign exchange reserves.

Around 90% of forex trading involves the U.S. dollar. The dollar is just one of the world’s 185 currencies according to the International Standards Organization List, but most of these currencies are only used inside their own countries.

Almost 40% of the world’s debt is issued in dollars. As a result, foreign banks need a lot of dollars to conduct business.

This became evident during the 2008 financial crisis. Non-American banks had $27 trillion in international liabilities denominated in foreign currencies. Of that, $18 trillion was in U.S. dollars.

The 1944 Bretton Woods agreement kickstarted the dollar into its current position. At that time, most countries were on the gold standard.

Despite trillions of dollars in foreign debt and continuous large deficit spending, the United States still holds global trust and confidence of its ability to pay its obligations. For this reason, the U.S. dollar remains the strongest world currency.

The share of currency trades in dollars increased to 88.3% in 2019 from 87.6% in 2016, according to the Bank for International Settlements. The proportion of foreign reserves held in dollars has remained steady around 60% over the past decade.