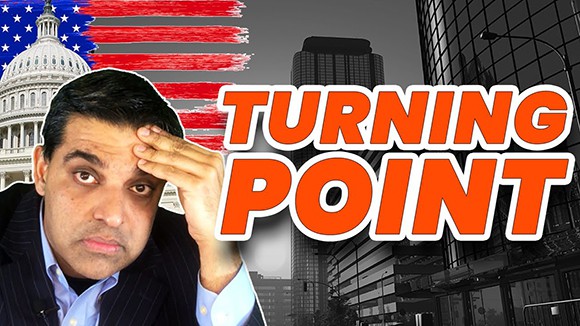 According to a survey by the NFIB research center, Economic conditions are putting significant stress on the financial health of many small business owners struggling to balance lower sales with fixed expenses, and longer-term sustainability. About one-in-five (21%) of small business owners report that they will have to close their doors if current economic conditions do not improve over the next six months.

Another 19% of owners anticipate they will be able to operate no longer than 7-12 months under current economic conditions. Over half (61%) are better situated and do not anticipate any near-term problems.

As in earlier surveys, most small business owners do not expect business conditions to improve to normal levels until next year at the earliest. Just 19% of owners anticipate conditions improving to normal levels by the end of the year, 6% say that conditions are back to normal now. Over half (52%) of owners anticipate it taking until sometime in 2021 and 20%, sometime in 2022. Nine percent are less optimistic and expect condition not to fully improve until after 2022.

21% of small business owners say they will have to close their doors forever if economic conditions do not improve in the next 6 months.

In other news, New York attorney general is investigating President Trump’s private business for allegedly misleading lenders by inflating the value of its assets, the attorney general’s office said Monday in a legal filing.

In the filing, signed by a deputy to Attorney General Letitia James, the attorney general’s office said it is investigating Trump’s use of “Statements of Financial Condition” — documents Trump sent to lenders, summarizing his assets and debts.

The filing asks a New York state judge to compel the Trump Organization to provide information it has been withholding from investigators — including a subpoena seeking an interview with the president’s son Eric.

Also, in an in-person roll call vote, Republicans officially renominated President Trump to represent their party on the ballot in the Nov. 3 presidential election, locking in the GOP ticket for an electoral battle against Democratic presidential nominee Joe Biden and his running mate, Sen. Kamala Harris.