The Unemployment Benefits Secret – Why It Pays to Stay Unemployed 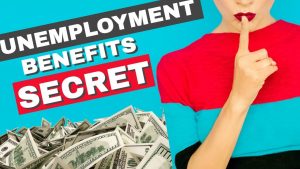 Does it pay more to be unemployed right now? For low to middle wage earners, the answer is YES.

In this video, Dr. Nitin Chhoda outlines the current state of unemployment benefits in the country, and explains THREE things related to your unemployment insurance claims:

1. The state will make the final interpretation
2. Depends on your job before the crisis started
3. Every situation is different

Roughly 40% of workers stand to make more money while unemployed than from their former jobs, according to one analysis of expanded benefits. This is especially true for lower-wage earners, who are concentrated in certain industries like retail, accommodation and food services.

We will also cover the ‘dark side’ of unemployment benefits. The real unemployment rate, which includes people who are not looking for work or are underemployed, already stands at 22.8%.

The Secretary of the Treasury Steven Mnuchin acknowledged that the jobless rate may be even higher and stand at 25%. “The reported numbers are probably going to get worse before they get better,” he said.

In just over a month, the pandemic has erased all job gains since the Great Recession, bringing the country’s decade-long economic growth to a screeching halt.

However, many unemployed people (who have had their applications successfully processed) are now reaping a financial benefit from their layoffs. Some could more than double their prior salaries. These variations are largely a function of a state’s wages and unemployment generosity.

Generally, the lower the wages and the greater the unemployment benefits in a state, the more it pays to be unemployed. (This does not account for the negative effects of long-term unemployment such as suppressed wages or benefits like health insurance that an employer may offer.)

In normal times, state unemployment benefits replace less than half of prior wages for out-of-work Americans. That’s meant to incentivize individuals to find a new job and provide financial support until they do. The $600-a-week booster from the Federal Government changes the dynamics of unemployment benefits

Note – just because a worker is unemployed doesn’t mean they will be necessarily be deemed eligible by a state. And workers in most states have had significant challenges filing applications for unemployment benefits and getting them processed amid record volume surges. Some have waited months without seeing a single payment, and are still waiting.