THESE SHOCKING NUMBERS Could Lead to your Second Stimulus Check 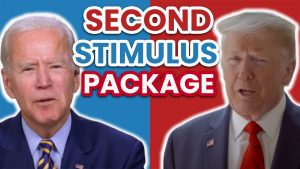 I predicted something like this back on May 15th and offered my own personal analysis back then.

There are THREE reasons why another stimulus package for the vast majority of Americans is round the corner.

The nexus between these THREE factors is now undeniable.

In this video, I’m going to focus on the POLITICS, which is closely tied to the sentiment of the average citizen, and we’ll focus on important battleground states that could sway the upcoming election.

I explore the public perception and political realities emerging in battleground states.

Political and economic / medical realities are now converging as we see a spike in cases across the country with ‘traditionally republican’ states and important swing states like Florida seeing massive surges in the pandemic.