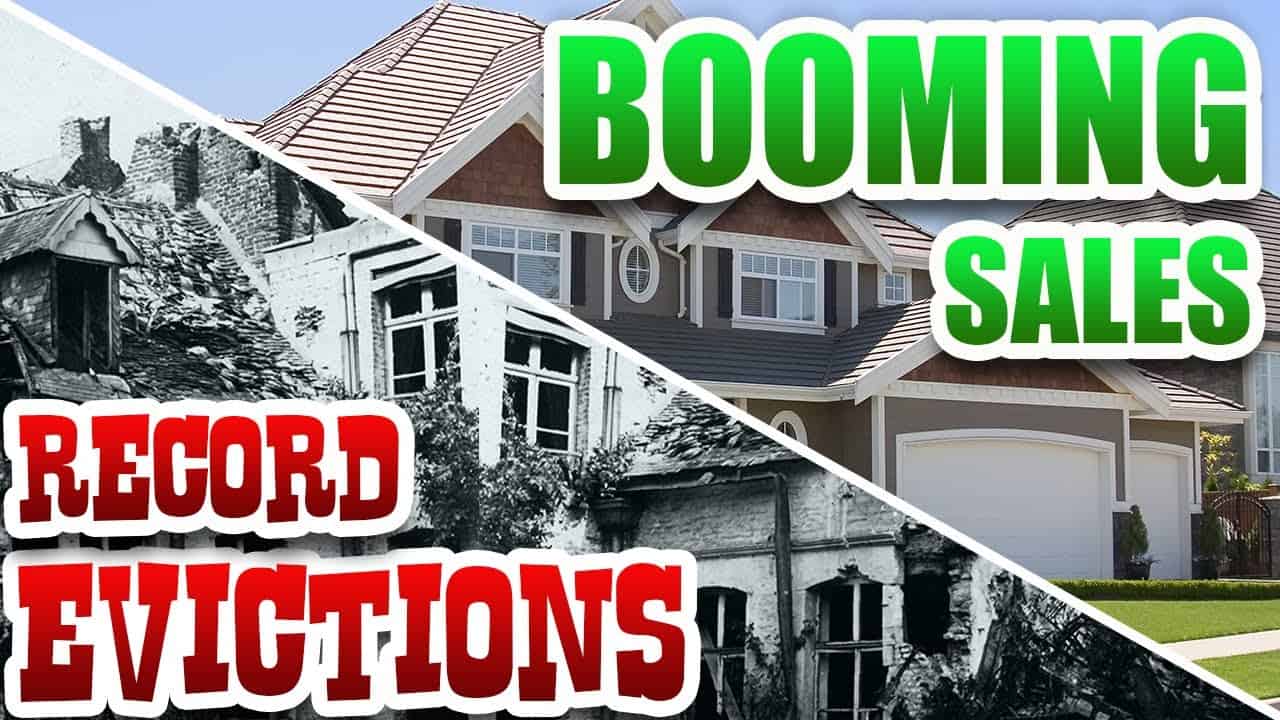 The pandemic is exacerbating inequities across America, especially in housing. This summer is one of the best times for home buyers and worst for many renters. Americans with money in the bank are buying bigger homes, while renters increasingly worry about eviction.

Nearly 15 million homes sold nationwide in April, May and June, according to new data released last week by the Commerce Department and National Association of Realtors. Meanwhile, 12.6 million renters say they were unable to pay rent last month, according to the latest Household Pulse survey from the U.S. Census.

Homes sales are booming, because Americans who have savings, stable jobs and good credit scores are taking advantage of the cheapest mortgage rates on record to bargain shop for larger homes. New mortgage applications just hit a level not seen since 2008. Sales of previously owned homes, like the one Dietsche listed in central Pennsylvania, surged a record-setting 20.7 percent in June. Sales of new homes jumped 13.8 percent last month, well above experts’ forecasts.

On the flip side, the worst downturn since the Great Depression has hit low-income workers — who are typically renters — the hardest. Sixty percent of renter households have had at least one person in the home suffer a job or pay cut versus 45 percent of homeowner households, Census survey data from July 9-14 show. Evictions are widely expected to spike soon. Stout Risius Ross, a consulting and investment banking firm, predicts nearly 12 million eviction filings by October.

Tammy Steen’s phone has been buzzing – her landlord keeps calling demanding the $700 rent she does not have. Steen, 52, was a hotel housekeeper at a Hampton Inn in Pensacola, Fla. Her temporary layoff now looks permanent. She has yet to receive unemployment aid despite applying in late March. She has applied to countless fast food, retail and maid jobs but has not been hired. She has started selling hot dogs on the side of the road to beachgoers, praying she does not become homeless.

“I don’t know which way to turn. I really don’t,” Steen said. “I’m praying, and I’m mostly just stressed. I don’t want to be out on the streets.”

This story is BREAKING, and it was reported by Heather Long with the Washington Post.

Heather Long is an economics correspondent. Before joining The Washington Post, she was a senior economics reporter at CNN and a columnist and deputy editor at the Patriot-News in Harrisburg, Pa. She also worked at an investment firm in London.