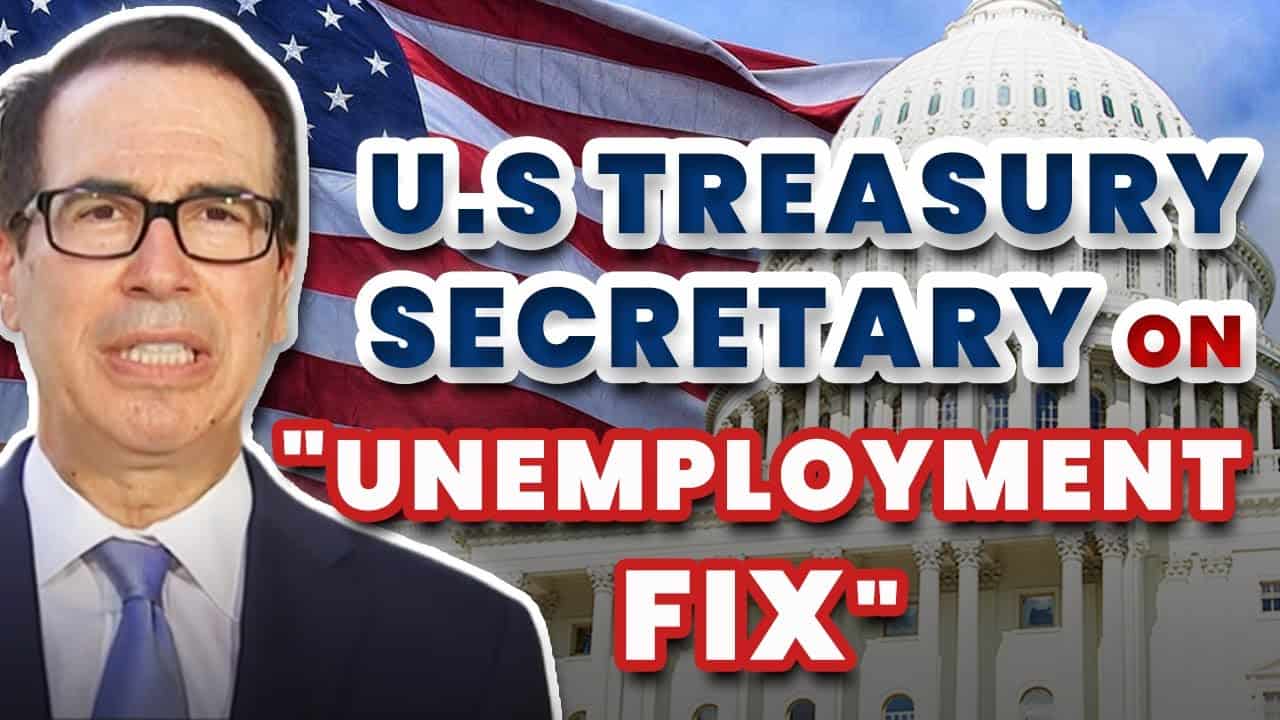 Treasury Secretary Steven Mnuchin recently said the administration wants to cap enhanced unemployment benefits in the next relief package. The goal is to prevent people from getting benefits that are greater than their former wages.

Under the CARES act enacted in March, workers received as much as $600 per week in addition to their regular unemployment benefits, which critics say encouraged the jobless to not look for work. , This was done to encourage compliance with stay-at-home and also because of ‘it was an emergency’ and because there was a ‘glitch’ in the state unemployment systems that allowed some people to receive more than they did on unemployment.

“You can assume it will be no more than 100%, so, yes, we want to incent people to go back to work,” Mnuchin told the cable channel CNBC.

“Even at 100%, if people have jobs, we want them to go back to work,” he said. “So enhanced unemployment is intended for people who don’t have jobs in, particularly, industries that are harder to rebound, so we will not be doing it in the same way.”

Mnuchin also said the administration wants to see another round of direct payment checks in that next package. “We do support another round of economic impact payments,” Mnuchin said, though he added that the level of and criteria for the new payments needed to be determined.

“We knew there was a problem with the enhanced unemployment in that [in] certain cases, people were paid more than they made in their jobs,” Mr. Mnuchin said, adding that he hoped to cap the next round of benefits at 100% of a worker’s original income.

Mr. Mnuchin also indicated that the next round of extra benefits might be aimed at workers in industries hardest hit by the coronavirus pandemic and resulting lockdowns.