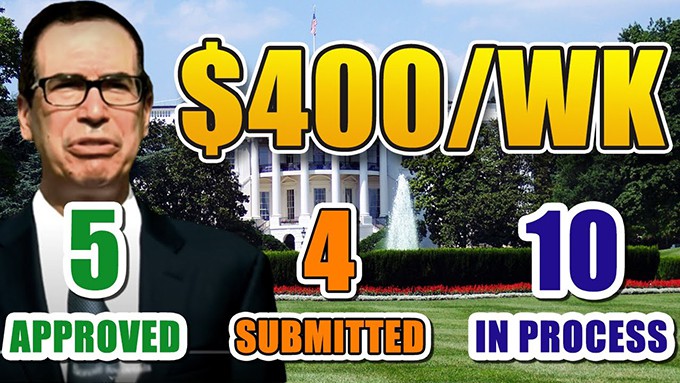 The good news is that people are beginning to spend. There’s a lot of need for small businesses. Half of the employment in the U.S. is in small businesses and we need to support them.

The good news is we’re moving forward. The President’s EO on unemployment. We now have many states that are moving through that process. We have, looks like 5 states that have already been approved. We have another 4 states that have submitted and about another 10 states that are in the process. So the good news is, despite Congress not acting because Pelosi and Schumer aren’t willing to sit down and strike a reasonable deal, the President move forward with the EO to help people who are still unemployed.