WHITE HOUSE: $700/WEEK IN TOTAL UNEMPLOYMENT BENEFITS | WHICH STATES CAN AND CANNOT DO THE $400/WEEK 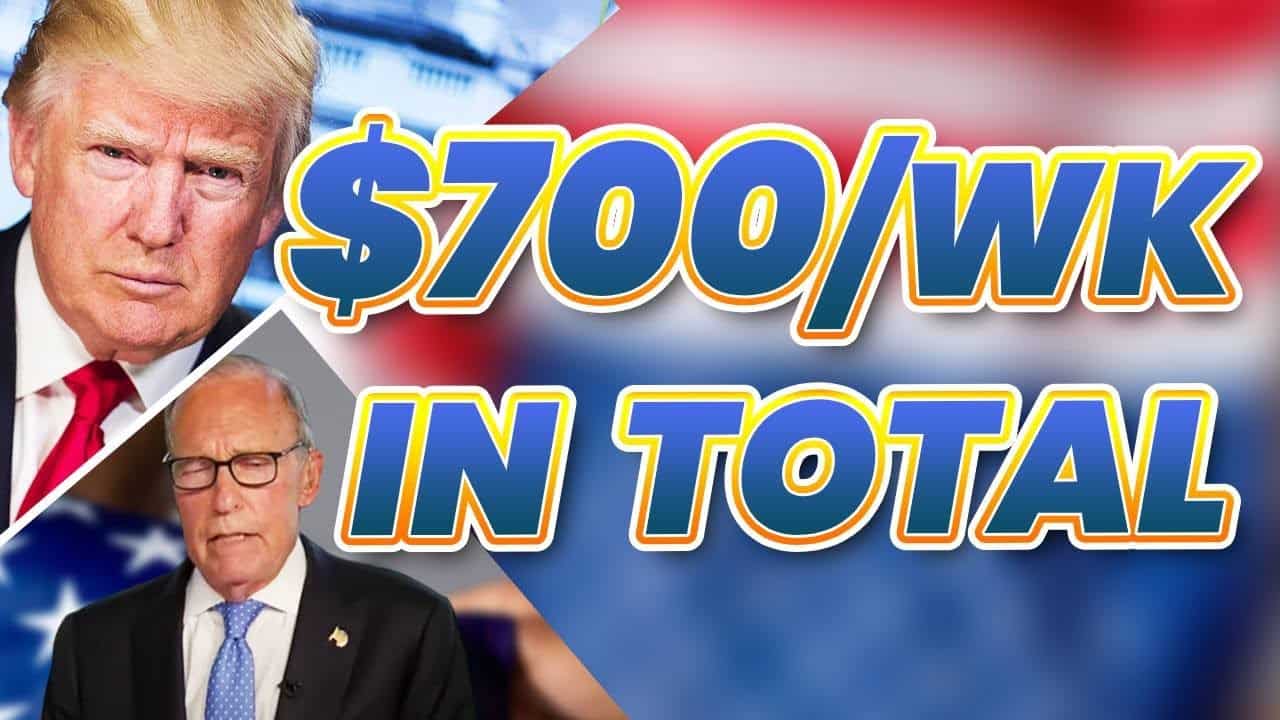 1. Overview of the unemployment system in the country.

3. Concerns from Governors across several states (which states can, and cannot pull off the $400/week booster from the ‘lost wages assistance program’)

BOTTOM LINE – check with your state if / when you’ll get $400/week and post in the comments section below if you get the funds.

According to the Center on Budget and Policy priorities, in April 2020, average weekly benefits were about $333 nationwide but ranged from a low of $101 in Oklahoma to $531 in Massachusetts.

Although states are subject to a few federal requirements, they are generally able to set their own eligibility criteria and benefit levels.

1/3rd of what the Democrats want has nothing to do with the pandemic, that needs to be stripped out, it is a left wing wishlist, we would love to extend the PPP, put additional money in for safe and secure school opening, President is still open to direct mailing of checks of $1200/person.

We are willing to negotuate, not going to split the difference.

Kudlow: “We modified slightly the mechanics of the deal … the way we’re leaving it now is any state that put in $100 before for unemployment benefits – and every state did – they will then qualify for the extra $300 so the baseline of unemployment benefits from states is approximately $400 per person per week (median). On top of the federal government is going to put in $300 so that will give the benefit overall of $700 (per week). There are 16 million people unemployed and they need help”

“The states have already done it.”

Pennsylvania governor, Tom Wolfe:
“This is not something that any state will be able to do quickly”

“This only makes a bad situation worse,” NY Governor Andrew Cuomo said. “When you are in a hole, stop digging. This executive order only digs the hole deeper.”

Gov. Andy Beshear of Kentucky: This will cost KY $1.5 billion through the end of the year. “It’s not workable in its current form,” Mr. Beshear said. “It’s something virtually no state can afford.”

Gov. Asa Hutchinson of Arkansas, a Republican, said it was possible to comply with Mr. Trump’s executive order, but he would have to reallocate money from another portion of the budget.

Democrats’ stimulus numbers are way too high and the Trump administration is not going to split the difference, says White House economic adviser Larry Kudlow.