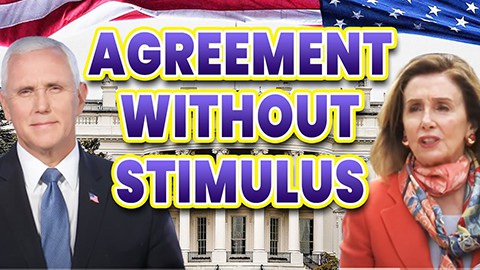 Dr. Chhoda breaks the announcement from Vice President Mike Pence, who said this morning on CNBC that the White House, Congress have reached agreement to avoid shutdown without adding stimulus relief.

The Trump administration and Congress have an agreement to temporarily fund the government at current levels to avoid a shutdown.

The Vice President also added that passing a spending plan without strings attached would allow negotiators to focus on separate coronavirus stimulus talks.

Government funding would have lapsed if Congress did not pass legislation before the end of the month, and it seems that legislation is now very likely.

“Now, we can focus just on another relief bill, and we’re continuing to do that in good faith,” Pence told CNBC’s “Squawk on the Street.”