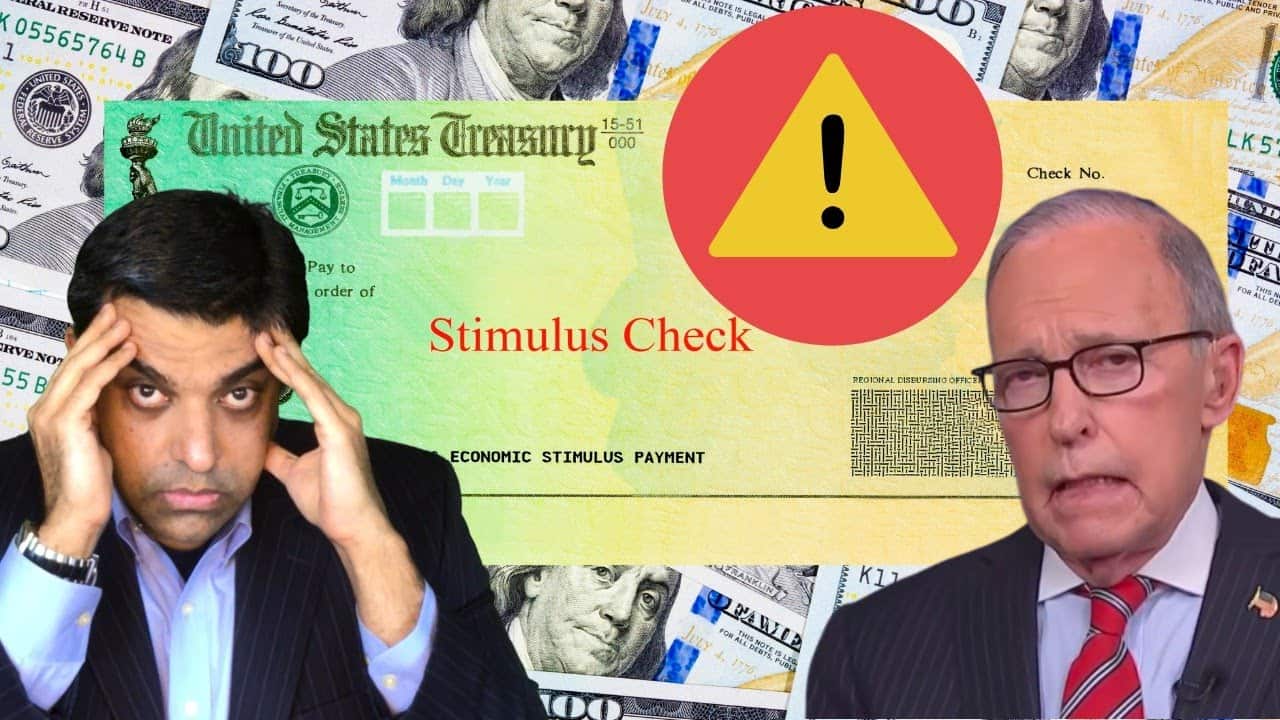 From a Reuters report, which was also picked up by the New York Times and Fox News:

White House Economic Adviser Larry Kudlow told reports at the White House the next round of direct payments would be less than $1,200 and targeted toward people in lower-income brackets and without jobs.

A further round of economic impact payments to Americans should focus on those who no longer have a job to return to, saying the next coronavirus relief bill should be “tighter” than previous efforts.

“That kind of economic assistance will probably be very carefully targeted,” Kudlow said of direct payments to U.S. households. “It’s not going to be across the board,” he told reporters at the White House.

The reasoning behind the more concentrated criteria is that the White House is hoping to keep the cost of an additional package down, with a figure of $1 trillion or less floated by officials.

“I think it’s going to be a tighter bill. We can’t keep posting $3, $4 trillion every three months or every two months,” he said.

The Trump administration and lawmakers are expected to soon re-engage in negotiations aimed at producing a bill for President Donald Trump to sign by the end of the month.

Another round of stimulus payments could be distributed to people earning less than $40,000, Senate Majority Leader Mitch McConnell has said.

The White House has not confirmed that figure.

The Senate is currently on break and is scheduled to return on July 20. The Trump administration and lawmakers are expected to re-engage in discussions in producing a bill for the president to sign.

At the end of July, the extra $600 per week unemployment checks are scheduled to end. White House officials and Republicans have said they have no desire to extend the measure as they have argued that it creates an incentive for people not to find new jobs, while Democrats have proposed extending the benefit.

On Thursday, House Speaker Nancy Pelosi (D-Calif.) said in a press conference that she is skeptical of limiting sending stimulus payments to people who earn less than $40,000, saying “I think families making over $40,000 probably need assistance, again, depending on their family situation.”