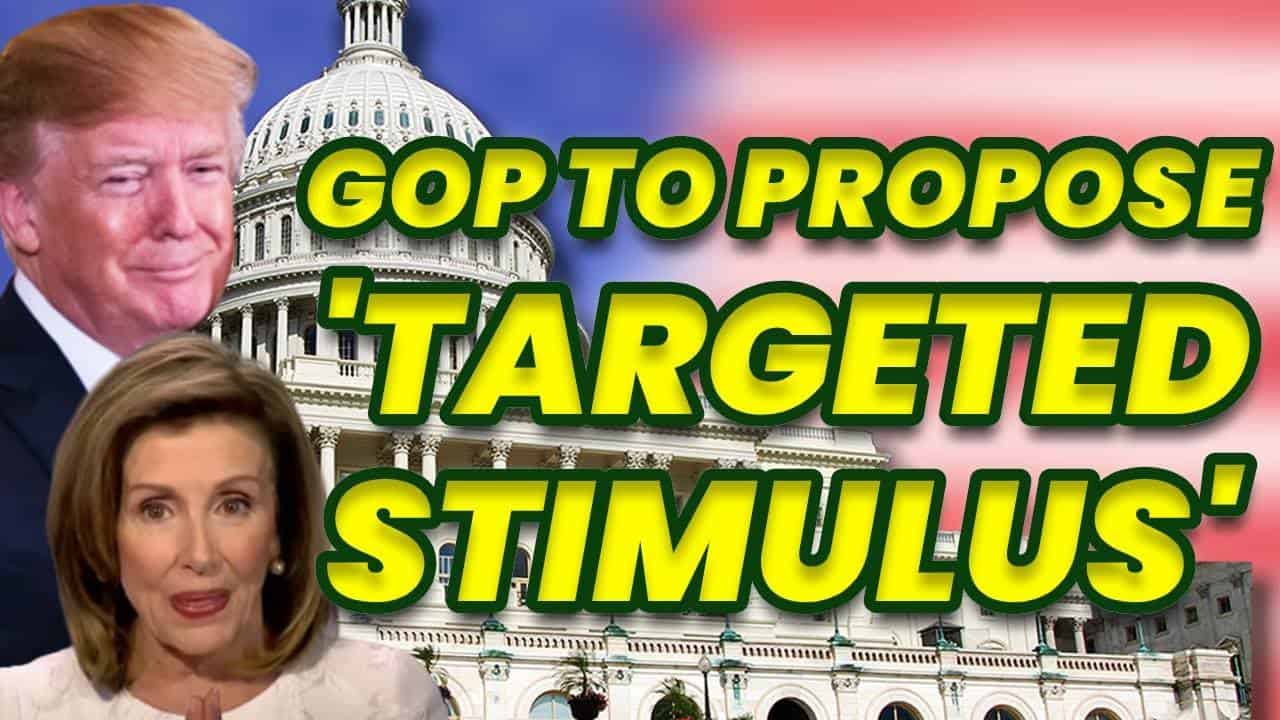 The White House & Republicans are about to propose a narrow, ‘targeted’ stimulus relief bill as aid talks between the Trump administration and Democrats are at a deadlock, according to sources.

This roughly $500 billion bill could be released to members of Congress as soon as this week.

It would include enhanced unemployment benefits, an authorization for more small business loans, and funding for schools, treatment and vaccines, but not direct payments to Americans.

Once again, the $1200 stimulus checks WILL NOT be included in this targeted stimulus package, according to sources.

The bill is unlikely to become law, as House Speaker Nancy Pelosi has pushed for at least $2 trillion in aid.

The GOP is mulling a roughly $500 billion proposal that addresses only areas of bipartisan support: expanded unemployment insurance, a new authorization of small business loans, and money for schools and pandemic testing, treatment and vaccines. The plan would not include another direct payment to Americans.

It would set enhanced jobless benefits at roughly $300 to $400 per week. The figure would be less than the $600 per week approved in March, which Democrats want to reinstate after it expired at the end of July.

While Republicans appear intent on putting more pressure on Democrats, the legislation is unlikely to become law.

House Speaker Nancy Pelosi, D-Calif., still does not plan to restart stalled pandemic aid talks with the White House until the GOP agrees to double the price tag of its existing, roughly $1 trillion proposal, her spokesman Drew Hammill said Wednesday.

Earlier, White House chief of staff Mark Meadows told Politico that he had his staff “reach out” to Pelosi’s office on Tuesday. Hammill said a Meadows aide did not mention the prospect of resuming negotiations.

Meadows said he expects Pelosi to hold out until the end of September, when Congress faces a deadline to avoid a government shutdown, to try to get her desired relief provisions in a bill.

“The President and I do not want to shutdown the government. There is a lot of blame to go around. If we do a stimulus deal right now, we can take a resolution and we can top talking about shutting the government.

Sen. Ron Johnson and a lot of Republicans senators wants to do that. We know how these negotiations go, everybody looks for that leverage point, the next cliff, the next deadline to use to their political advantage.

Speaker Pelosi is using this for her political advantage, she know there are a number of people who need enhanced unemployment and she was unwilling to act, she knows that there are small businesses where we can agree on a PPP deal to help small businesses and she failed to act, there is over $105 billion for schools and she somehow brings people in for a postal bill on a Saturday that is a largely messaging bill. It’s been a problem for a long time – the post office – she comes in and makes it a top priority, it’s hard to sell back home on main street, it’s hard to sell even with her most loyal colleagues that supported her as speaker. They don’t understand it, I don’t understand it. It’s time we reach a compromise and hopefully we will.”