WHITE HOUSE: SPEAKER PELOSI WILL HOLD OUT TILL THE END OF THE MONTH, WE WANT A NEGOTIATION RIGHT NOW 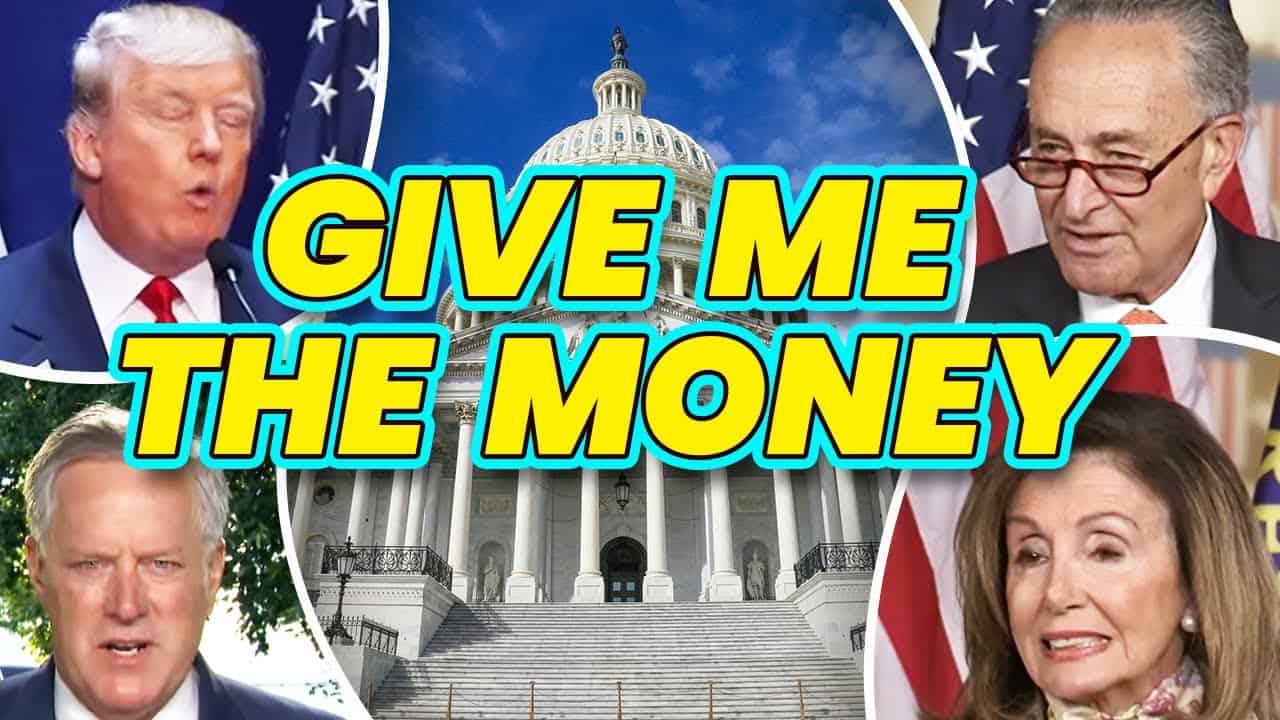 In an interesting exchange with Politico (link in the description below), the White House Chief of Staff Mark Meadows confirmed:

There has been no contact with the speaker or with Chuck Schumer in the last couple of weeks since the negotiations broke down.

We haven’t had a conversation with Pelosi.

US Treasury Secretary Steven Mnuchin tried to reach out to Pelosi and the Speaker said if you cut it in half, we thought that might be an opening to open up the negotiation.

Speaker Pelosi meant the $2.3, $2.4 trillion package without any guardrails or parameters.

Pelosi said “You give us the amount of money, we’ll tell you how we are going to spend it”.

That’s not how negotiations happen.

We reached out to her again yesterday to speaker Pelosi’s chief of staff since we haven’t heard anything from her. I don’t anticipate that we’ll get a phone call. We have had good, productive conversations with Democrats on Capitol Hill, especially on the House side and a lot of them want a deal. There is some common ground. A lot of them are very reasonable with their requests. We have a call every morning with Republican senators who want a deal. They are willing to make compromises. They want a deal, the President wants a deal.

A lot of Democrats want a deal and are very reasonable with their requests.

I’m not optimistic, I think Pelosi will hold on to what she wants until the end of September – where she will get what she wants in terms of funding for the government.

It’s really been Speaker Pelosi, driving this train, as the conductor more so than anybody. She said privately and publicly she wants a deal, but when it comes to dealing with us, we’ve seen no action/

According to Drew Hammill, Deputy Chief of Staff for Speaker Pelosi “Democrats have compromised in these negotiations. We offered to come down $1 trillion if the White House would come up $1 trillion. We welcome the White House back to the negotiating table but they must meet us halfway.”

He added that an aide reached out to Pelosi’s staff on text to confirm that they had the correct number for MEADOWS. They didnt explicitly say that he wanted to restart talks. White House Chief of Staff Meadows has not yet called Speaker Pelosi.