WHY THE US UNEMPLOYMENT BENEFIT SYSTEM IS BETTER THAN CANADA’S $2000/MONTH (PAYS MORE, LASTS LONGER) 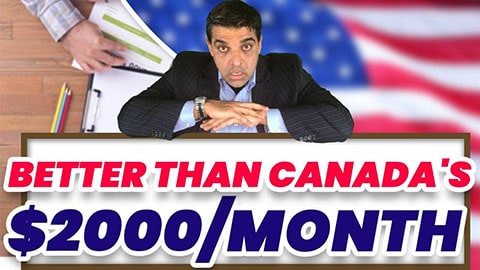 Dr. Chhoda compares the unemployment benefit system in the United States and compares it with the $2000/month in Canada under the CERB program.

Compared to Canada, unemployment benefits in the United States pay more and last longer because:

2. The $600/week federal booster was stacked ON TOP OF the state unemployment benefit system until July 31, 2020 providing a grand total of $4000 a month (average) from April through July 2020 (in Canada you can have EITHER the state benefit OR the $2000/month CAD – the two CANNOT be stacked)

3. The Canadian $2000/month under the CERB program lasts for a maximum of 28 weeks, but the state benefit in the US lasts for an average of 39 weeks (including extended benefits)